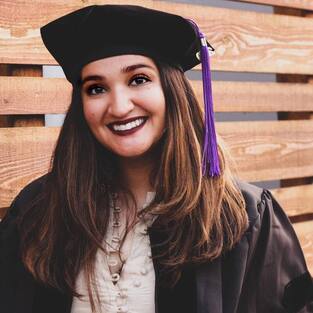 ​A born and raised Hoosier, Fatima has lived in Indiana for majority of her life. She completed her undergraduate studies at IUPUI and received a bachelors in Sustainable Management & Public Policy with a double minor in Arabic & Islamic Studies and Philanthropic Studies. She is also a graduate of Vermont Law School with a J.D and a concentration in Immigration Law.

Throughout her career, Fatima has been involved in a variety of nonprofits, both local and national. Locally, she has volunteered for MAI (Muslim Alliance of Indiana), OBAT Helpers, Circular (previously known as the Indiana Recycling Coalition), Seeds of Learning, and the Umoja Project. During her time in law school, she worked at her immigration clinic and then later at the Tahirih Justice Center based in Washington D.C., a nonprofit legal organization focusing on helping those suffering from gender-based violence. Recently, she was elected and became Vice President and Treasurer of the local community organization ISGI, Inc. (Islamic Society of Greater Indianapolis, Inc.).

Fatima is newly married and is very involved with her family. With three brothers (and a new brother-in-law), parents and in-laws, grandparents, and a dog all in the same area, she stays very busy. She enjoys attending her brothers school events and her mother’s library programs. Fatima hopes to become more involved in the community and looks forward to this chapter in her life working at IMAN Associates.