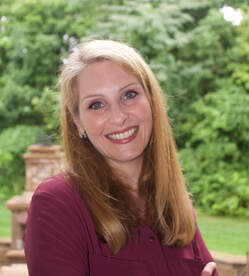 Originally from Jordan, Hiba holds an undergraduate degree in English Language and Literature, and a graduate degree in American studies from University of Jordan. Aspiring for a higher education and in pursuit of better life opportunities in the United States, she moved with her family to Indiana and earned a graduate degree in Nonprofit Management from School of Public and Environmental Affairs (SPEA) at IUPUI in 2012. Ranked #1 MPA program in the nation by U.S. News and World Report, her degree has equipped her with practical knowledge and expertise in nonprofit management.

With a passion to serve the Muslim community, Hiba interned at Muslim Alliance of Indiana (MAI) and worked with the Islamic Society of North America (ISNA) Development Foundation for three years. As a Development Coordinator, she oversaw the Planned Giving program and coordinated educational workshops in various cities. Also, she specialized in Donor Behavior Analysis, and created different "Giving Clubs" that ensure donors' retention and inspire them to upgrade their gifts. In collaboration with the Lilly School of Philanthropy, she orchestrated launching "Young Professionals, Future Leaders," a program that builds national Muslim nonprofit organizations' capacity and empowers their staff members with knowledge of the best practices in the nonprofit sector. Hiba joined IMAN Associates in 2018 as the organization's first executive director.

​Hiba is a mother of three and enjoys volunteering at their schools. She also volunteers at Indianapolis Muslim Community Association and Al Salam Foundation in different capacities. She is a founding member of Muslim Women Giving 100 (MWG100), a giving circle that leverages the charitable traditions of Muslim women in Greater Indianapolis area in building bridges that strengthen our local communities. MWG100 was founded in 2013. ​She serves on the Board of Directors of Fair Housing Center of Central Indiana, and she was selected as a member of the 3rd class of Hoosier Women Forward, a political and civic leadership training program designed to empower Hoosier women to become more active participants in politics and leaders in their communities.