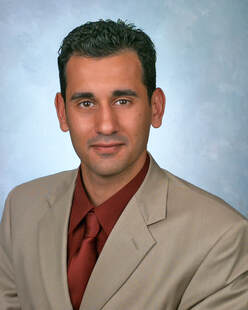 Hazem Bata is the CEO of Trureal USA, a start-up company that raises funds for nonprofit organizations.

​He is the former Secretary General and CEO of the Islamic Society of North America (ISNA) and the former executive director of the Counsel on American-Islamic Relations (Orlando). Hazem also started his own law firm and practiced in real esate and transactional work. He later became general counsel for Haven Trust Bank Florida and worked with Bank of America.

Concerned with the spread of the "Unmosqued" phenomenon and general lack of interest in Islam among newer generations, Hazem left his legal career and joined ISNA. He hopes to refocus the organization on strengthening mosques, making them more relevant to more Muslims, and ensuring they are an impetus for advancing the American Muslim community.

Hazem received a B.S. in mechanical engineering (with hoonors) and J.D. from West Virginia University. He also received an LL.M. in intellectual property from Washington University in St. Louis.
​
Hazem lives in Indianapolis with his super-lovely wife, Rayhana, and two adorable sons, Imran and Ibrahim.