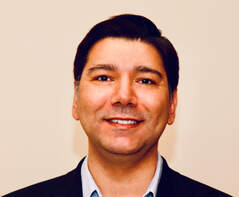 Eyas is a seasoned drug discovery and development researcher, strategist, innovator and philanthropist. Since he joined Eli Lilly and Company in 2001, he applied sophisticated data analytics and strategic frameworks to improve decision making in drug discovery and development process. He recently established and led Research Decision Analytics function in Lilly Research Laboratories, with a mission that includes portfolio management, decision consulting and decision education.

He is a founding member of the Indiana Muslim Advocacy Network, and serves on its board.